This is one of a series of posts highlighting new features available in version 13 of JMP.

Creating table scripts has always been easy but if you are serious about using them it pays to take the time to use meaningful naming conventions.  This has always involved saving the script and then editing the default name.  Version 13 of JMP has streamlined this process.

Now, when you save a script a dialog will appear:

It used to be that the name of the script would be the platform name e.g. Graph Builder.  Now the default is more meaningful, using the name of the columns used to create the graph.  And it is intelligent.  The option for handling duplicate names is only active when there is a duplicate.  The intelligence goes further: here is the default script name associated with the Distribution platform: 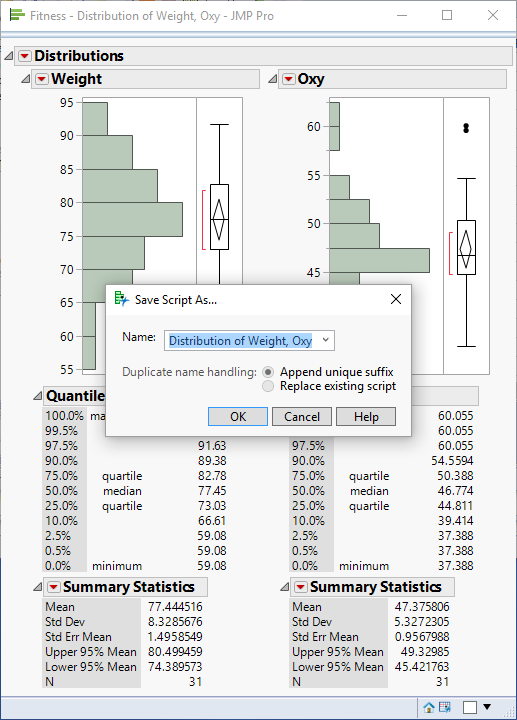