To achieve this goal I think it’s easier if I just construct some artificial data: 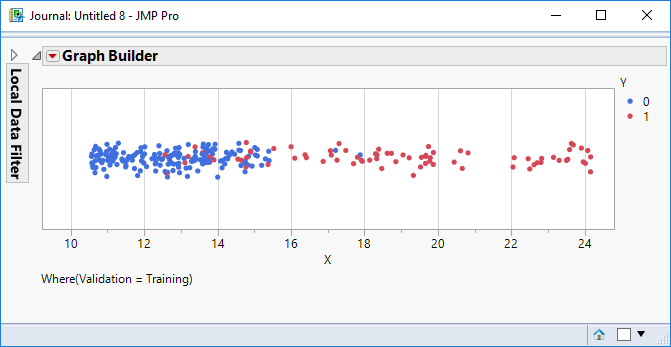 The data has been coloured by the (binary) response classification.  Low values of X correspond to blue; high values correspond to red.  A logistic model will transform the input X values into probability outcomes which will represent the probability associated with my  target (red values); 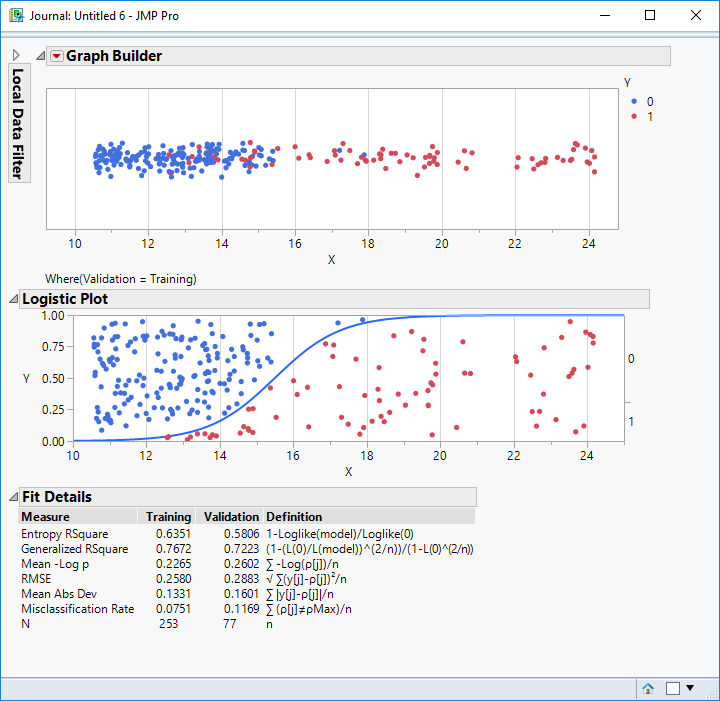 JMP output for a corresponding model representation using a neural network with a single node is shown below: 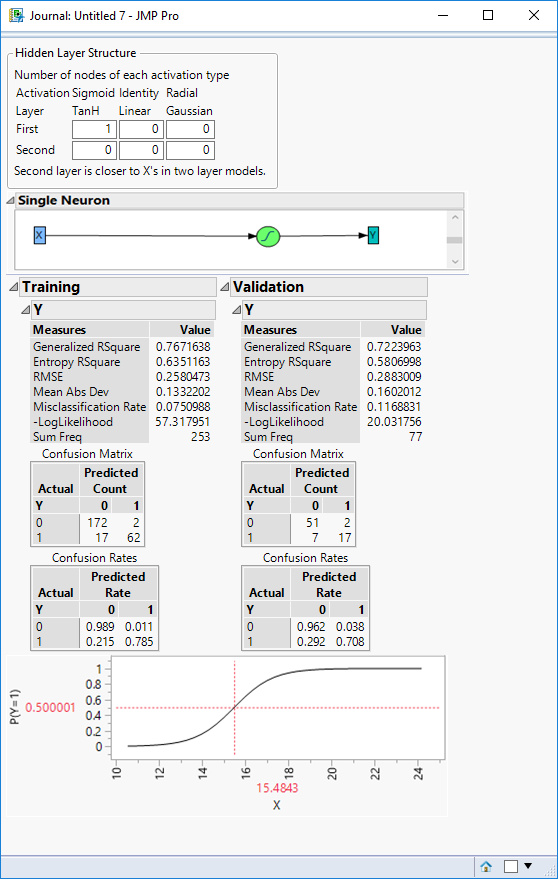 How will the two methods handle increased complexity?  I’ve amended the data so that there are now some red data points for low values of X: 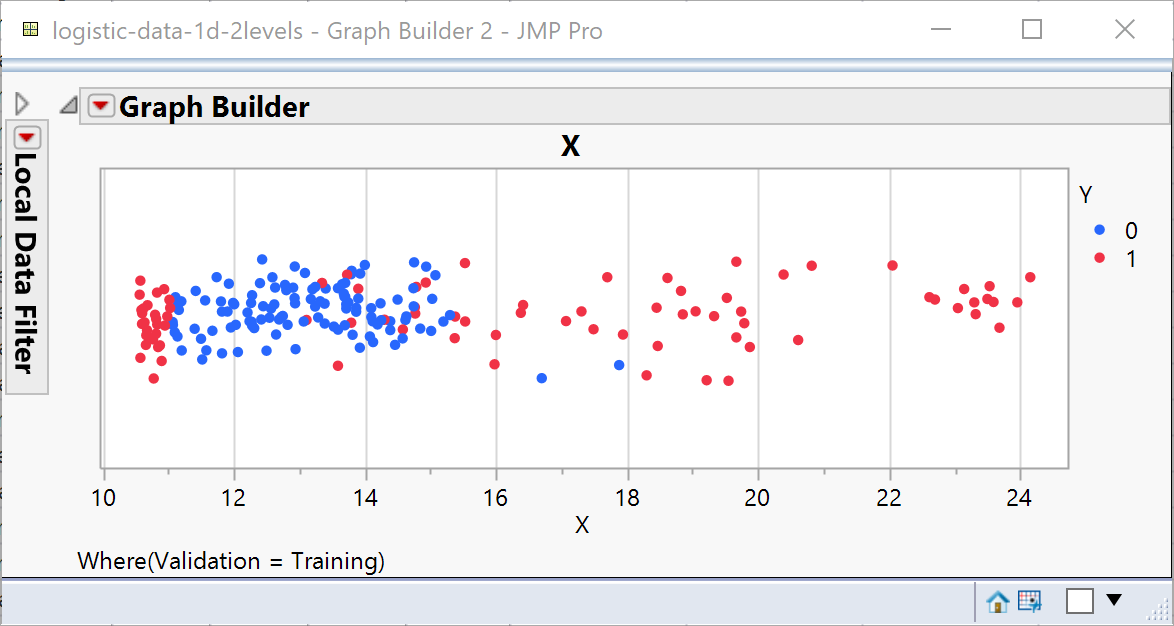 A single logistic function needs the data to transition smoothly in a single direction; all that happens is that the red data points at the low values of X become misclassified: 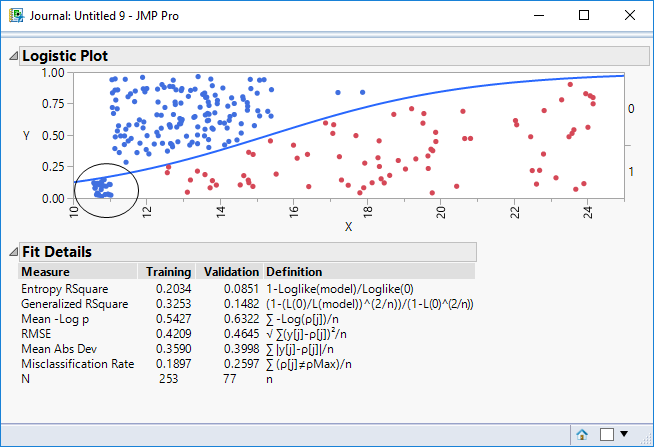 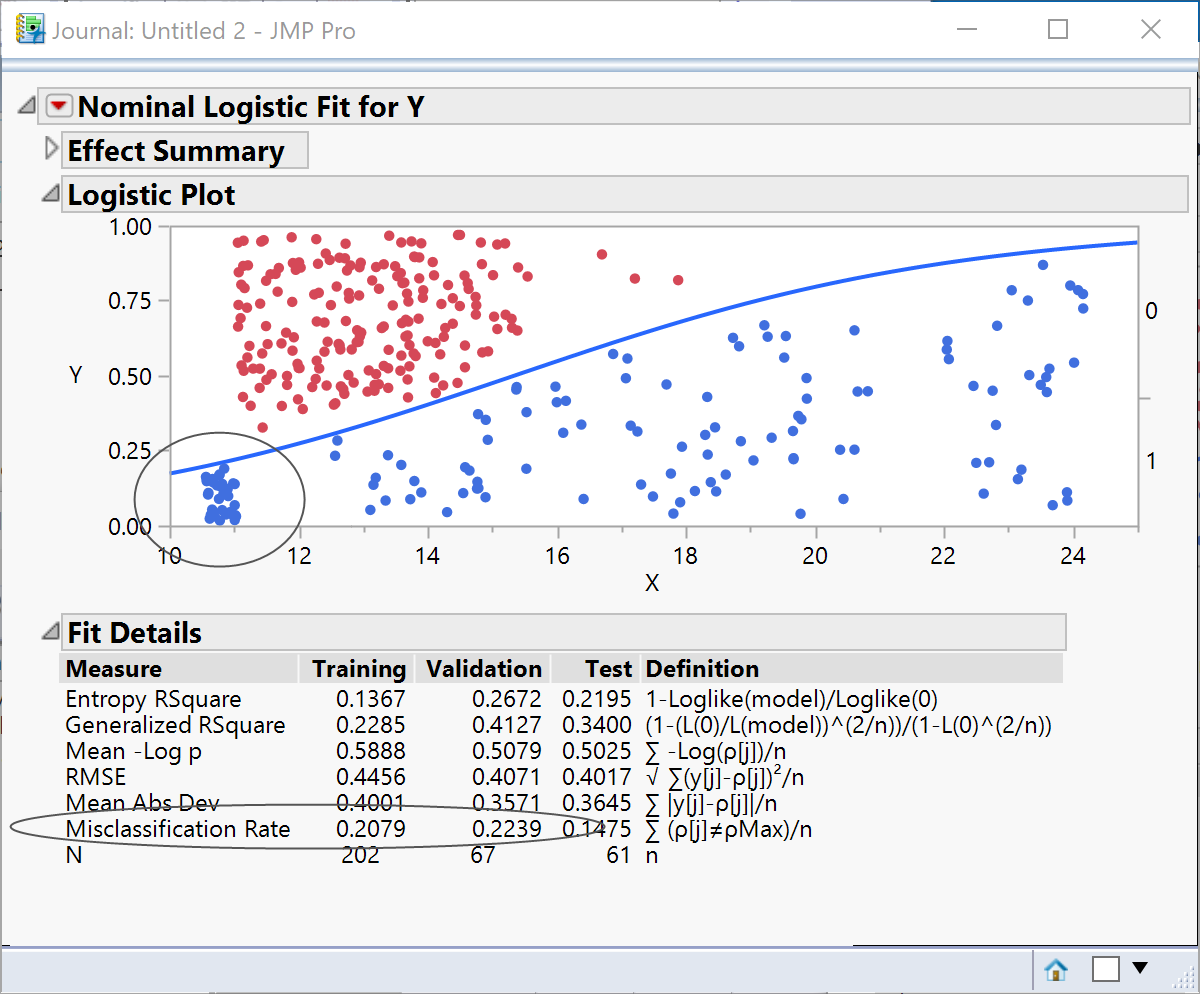 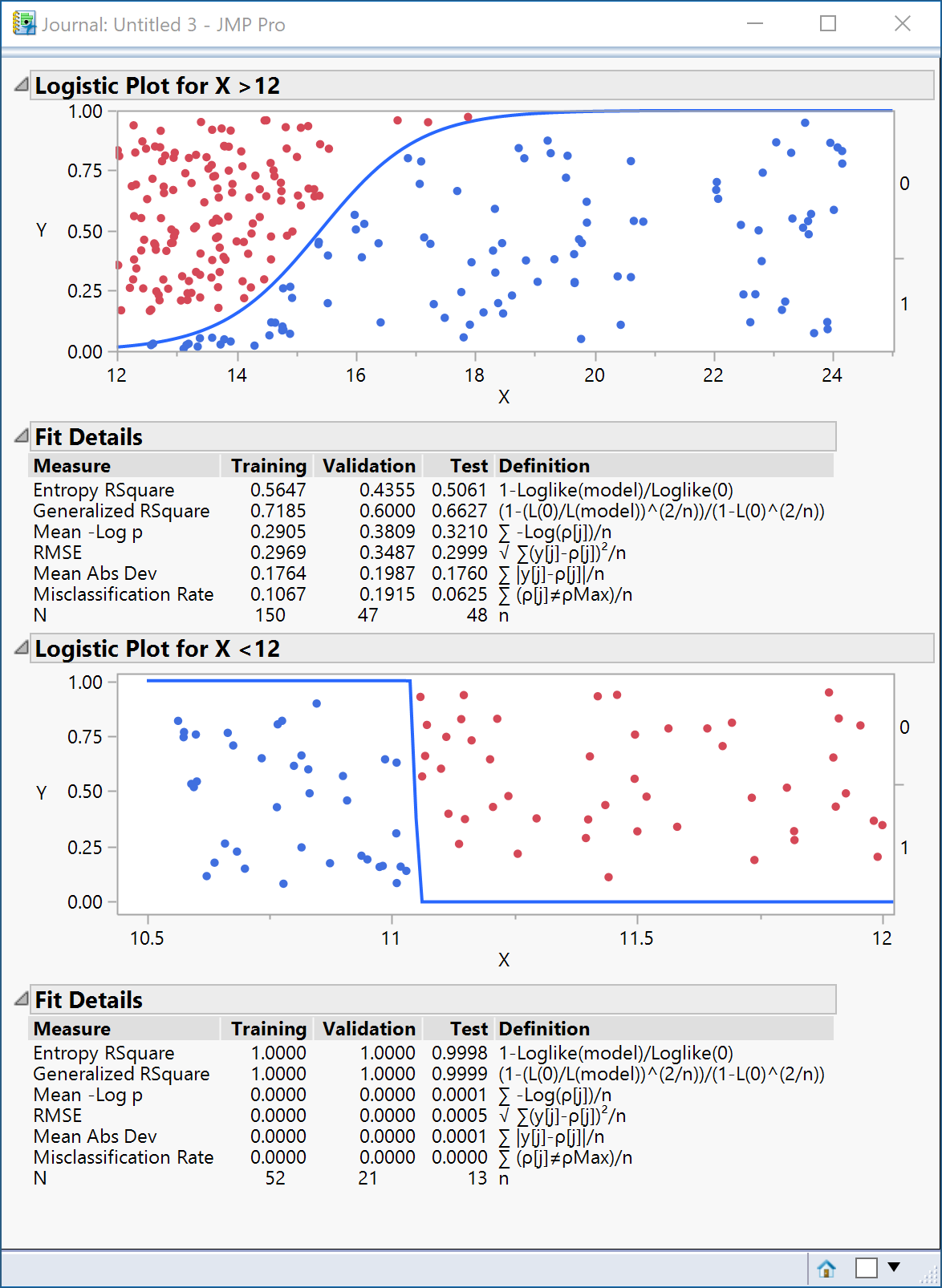 Now imagine these two models working together over the entire range of X.  The prediction profile would look something like this:

For a neural network, this combination of models is achieved by having a network consisting of two neurons: 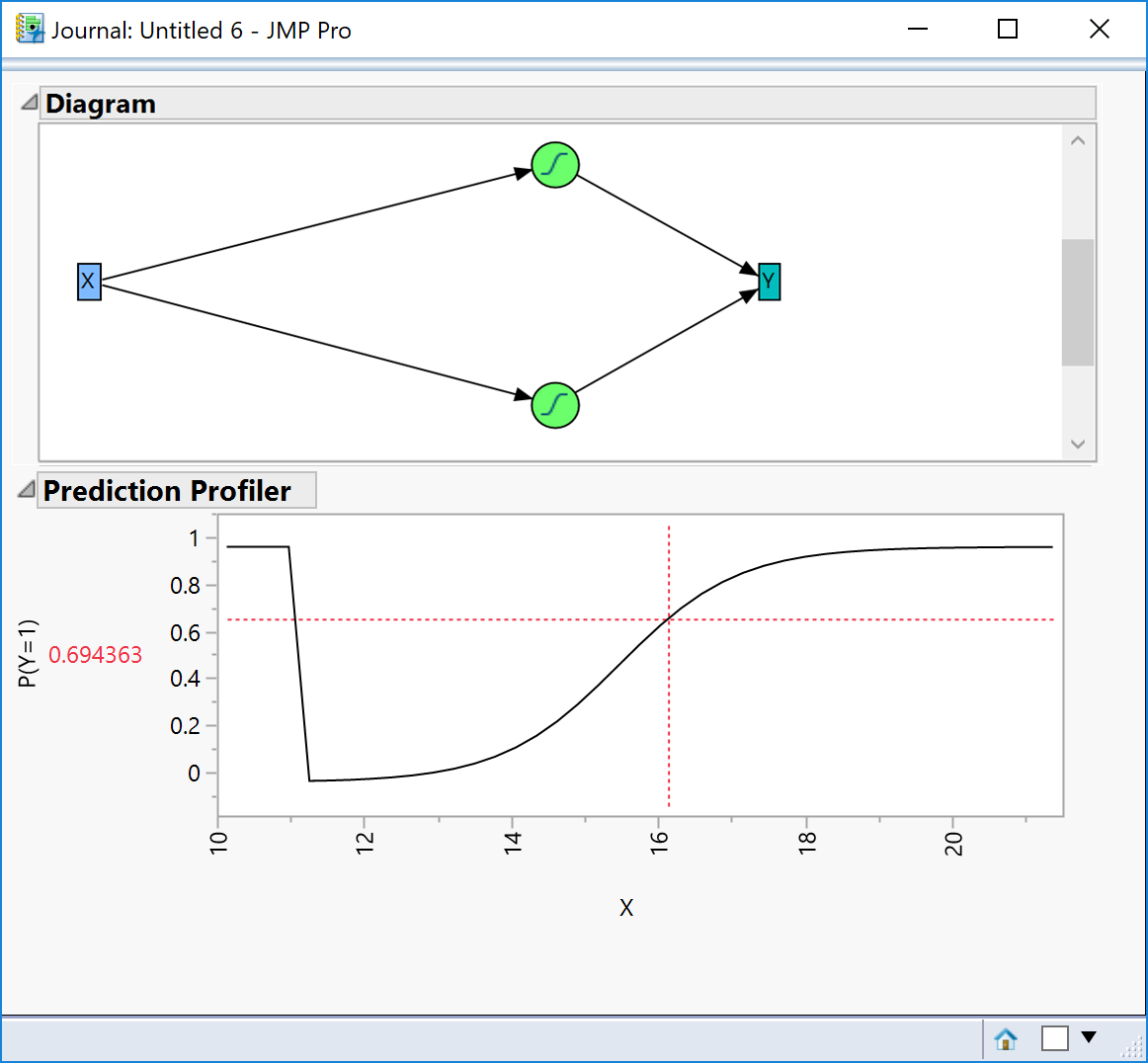 In isolation each neuron is performing a simple regression.  The power of neural networks is this ability to network neurons together so that in combination they can produce a single model descriptive of the entire data, rather than having to isolate special cases and model the data separately.

Notice in particular that when I created the two logistics models, I had to look at the data and make a decision to “cut” the data at X=12.  For the neural network, this point, at which the two logistic models “join”, emerges automatically from the network as observed in the prediction profiler.