This is one of a series of posts highlighting new features available in version 13 of JMP.

The formula editor has had a big revamp.  If you liked the old editor, don’t worry, it works the same way, but it has been re-designed to utilise screen space more efficiently and enhance the workflow.

To illustrate how it has changed here are before and after shots. 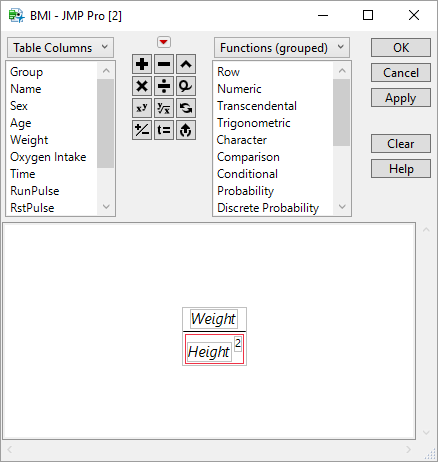 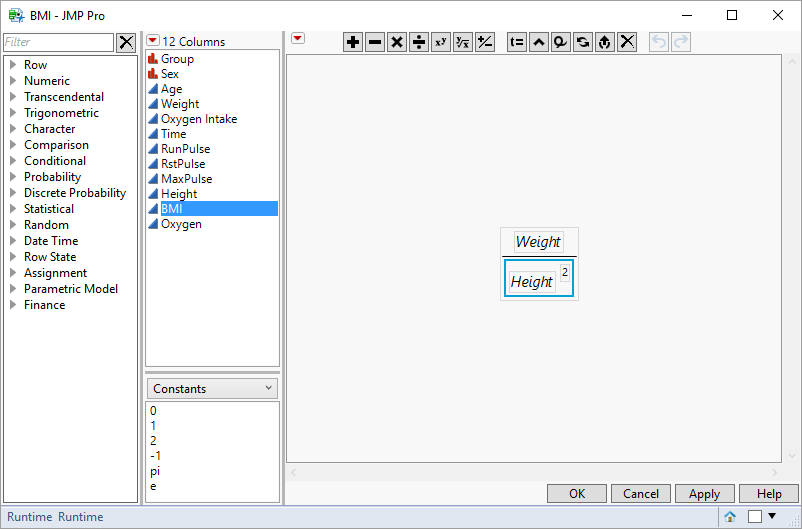 My first impressions were that it looked a bit dull. But they’ve done a great job.  It works the same way whilst becoming a far more productive tool.

I’ll illustrate this with a more complex model:

In version 13 the formula re-formats itself to take advantage of the horizontal width of the window.  I have a list of both my table columns and formula parameters whereas in version 12 I had to toggle the lists, I wasn’t able to see both simultaneously.

And if I want to insert a function I have a convenient search facility: 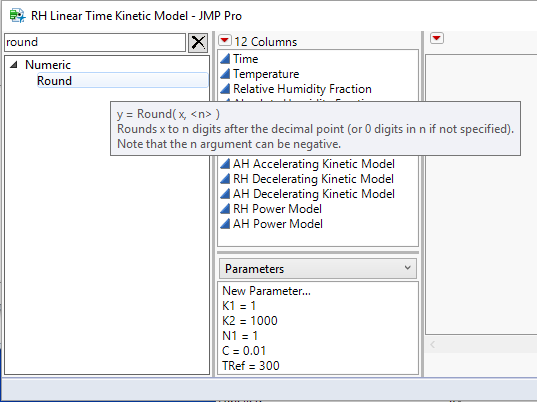 One thought on “New Formula Editor”