It turns out that the prediction profiler has a hidden secret.  And not just some easter egg feature that is just a bit of fun.  This secret is core to how you use the profiler – and might just totally change how you use it in future.

Let’s say I construct a regression model using the Fit Model platform.  The usual method to visualise the model is to use the prediction profiler available from within the platform.

If I want to visualise the model later (or perform post-modelling tasks such as simulation) then I can save the prediction formula as a column and access the Profiler platform directly from JMP’s graph menu.

The trouble is, plotting a formula gives you just that: the formula with no sense of goodness of fit. 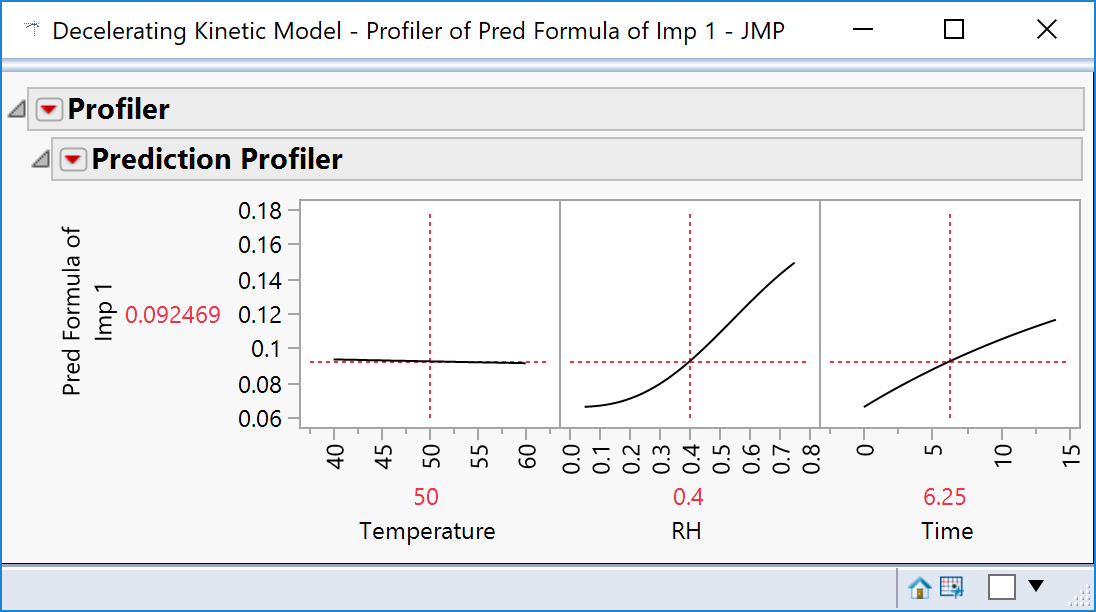 If you want to have confidence intervals on the curves then you have to use the profiler via the Fit Model platform.

Or so I thought – but it turns out that I was wrong.

It is possible to include the confidence interval: perhaps I should have known how to do this, but I think it’s sufficiently obscure to warrant being classed as a hidden secret!

When you have the prediction formula there is also an option to save the formula for the standard error of prediction.  So far so good.  But there is no obvious way to tell the prediction profiler that it should use this formula column to compute the confidence intervals.  But it will do it for you if you name the columns correctly.

<Name> can be anything  (typically the name of the response being modelled).  The rest of the wording must be exact, including the space between “Pred” and “Formula” and no space with “PredSE”.

Here is an example:

If you have done it correctly the following message appears: 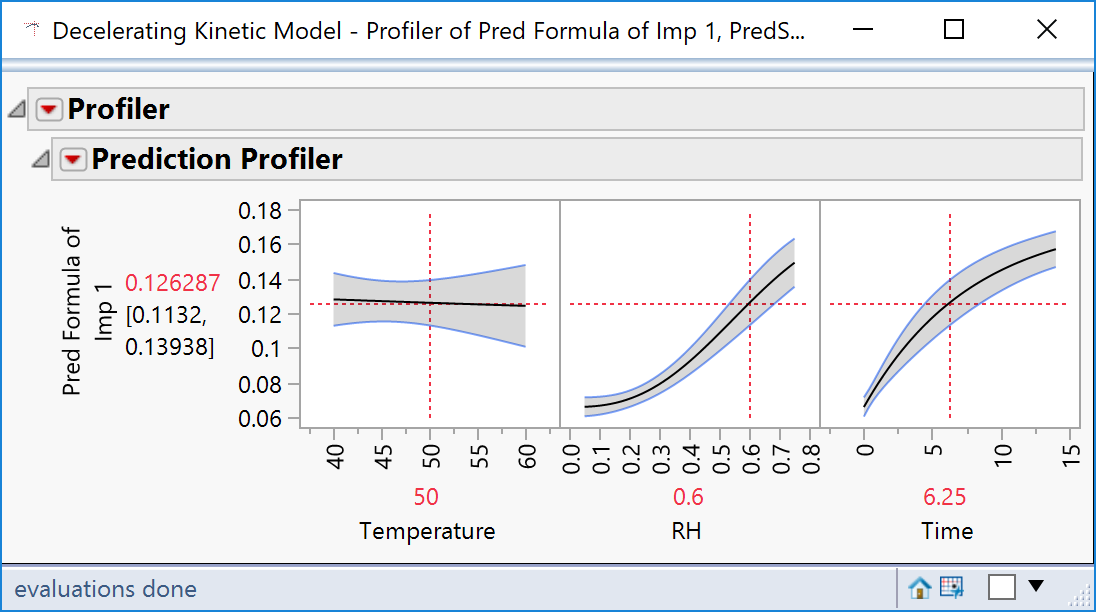