Here is a data table that I have created.  It happens to contain data
that is the result of a designed experiment.  I know that, but JMP doesn’t. 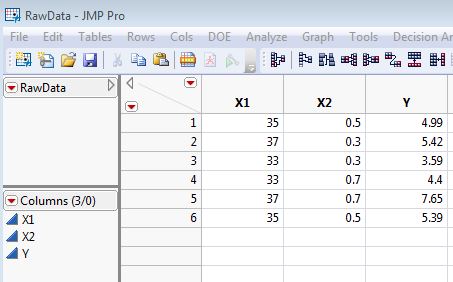 Below is the output from the Fit Model platform based on a model with terms for the main effects and the two-factor interaction: 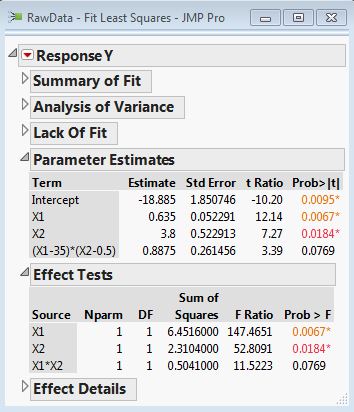 Notice that the interaction term in the parameter estimates is shown as:

The numbers 35 and 0.5 represent the means of the respective variables.  By default JMP performs this so-called centre-scaling, which is a common practice when building regression models that involve interactions or other high-order terms.

The option to control centre-scaling is hidden away in the red triangle hotspot of the model specification window: 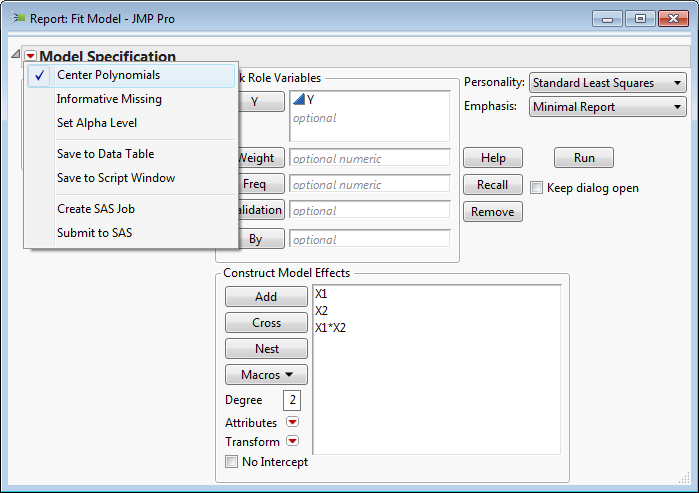 The benefit of centre-scaling is that it produces more reliable estimates of p-values: 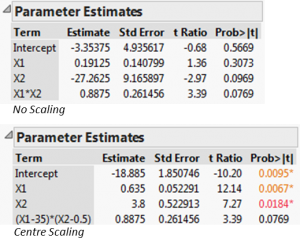 Centre scaling is therefore strongly recommended particularly when variables have very different scales (X1 is 100 times the magnitude of X2).  Unfortunately it makes the notation somewhat cumbersome.  A cleaner notation is found in the Effect Test Outline where the interaction is listed without any explicit reference to the centre scaling.

If we had created a DOE in JMP then the modelling behaviour is subtlety different: 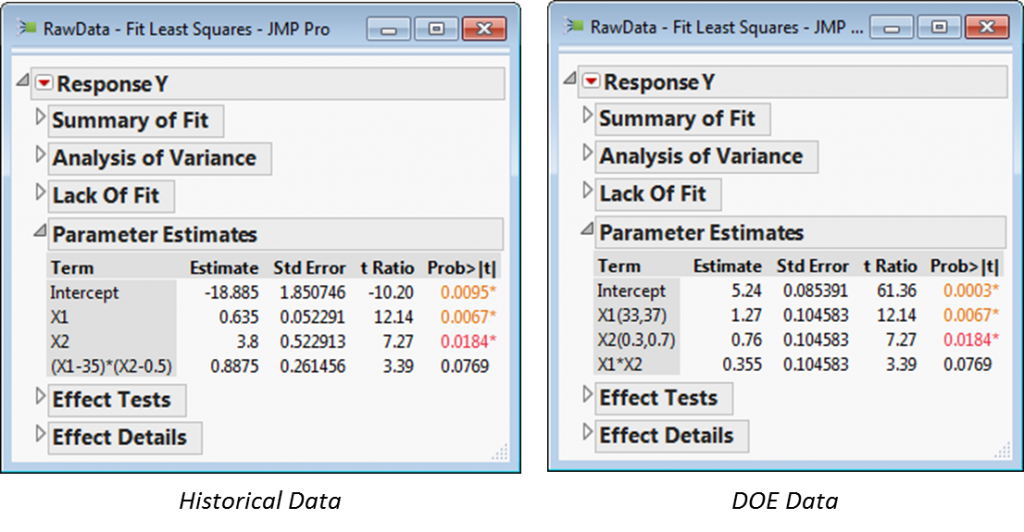 This orthogonal coding of the variables is a property of the table column which is automatically set when I create a designed experiment in JMP: 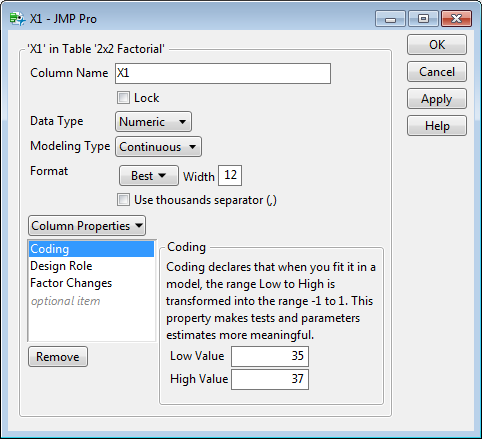 If I have historical data which we know is from a DOE then I can manually set the coding property of the column: 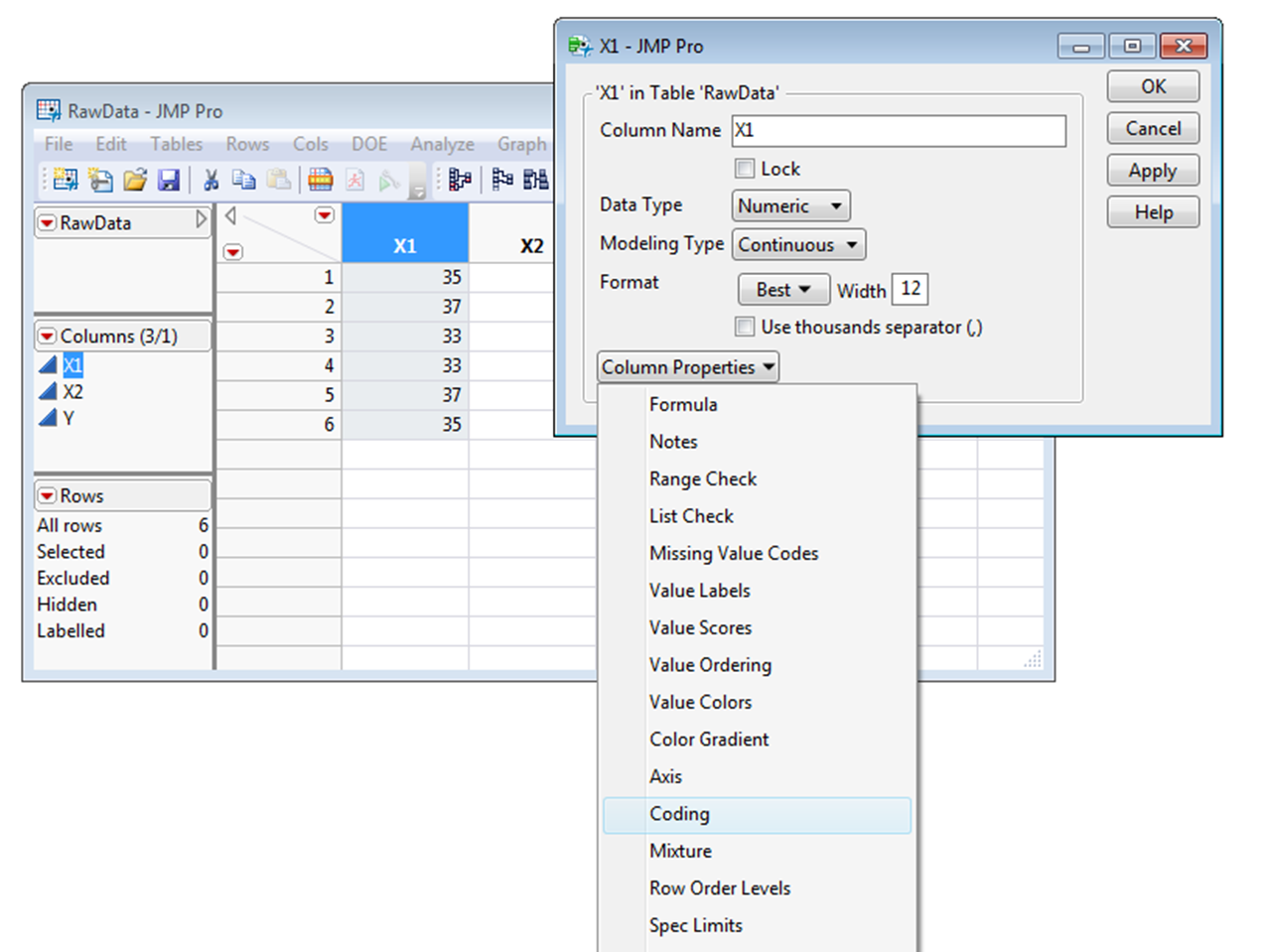 JMP will automatically assign the codes according the range of the data: 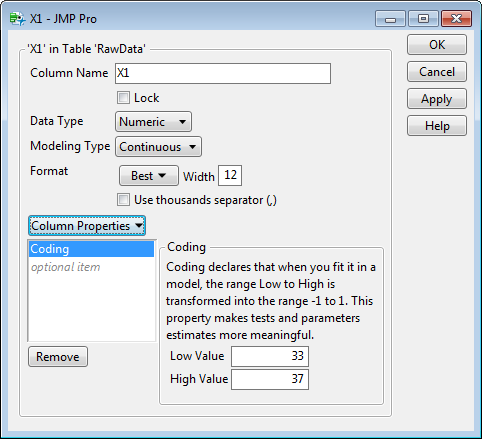 The purpose of scaling is to give the best possible statistical assessment of the model.  In terms of interpreting the model, the JMP Profiler will always show the natural scale of the variables: 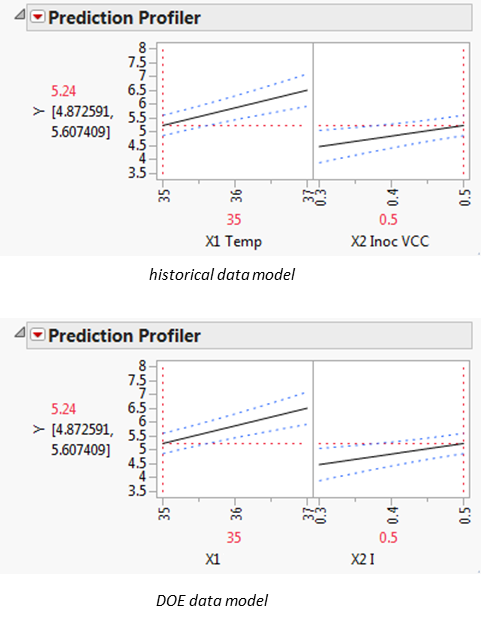